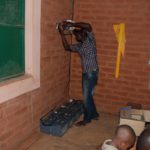 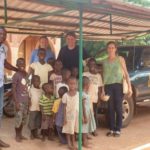 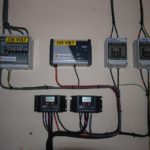 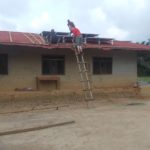 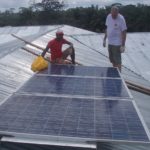 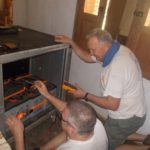 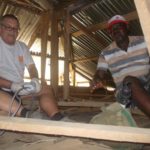 Two volunteers of Energy Assistance accompanied by Rik Neirynk (Artsen zonder Vakantie) spent two weeks of their holidays to achieve this electrification project in Katako Kombe, in the Democratic Republic of Congo (Sankuru province). The objective was to secure the supply of electricity for the operating room of the hospital with 4 kWp photovoltaic panels and storage batteries.

This region of central DRC is difficult to access. The equipment has been procured in Belgium and transported by cargo ship to Kinshasa.  From there, it had to travel 1,300 kilometers on the river and finally by truck. The volunteers, after a long journey of 3 days (2 flights and 6 hours drive on tracks in the savannah and the rainforest), they arrived safely and ready to get to work.
Despite the usual technical difficulties and the adverse weather conditions (over 40°C during the day and storms in the evening) and thanks to the help of local technicians, the works have progressed at good pace.

After 8 days, the installation operates to the delight of the medical staff, the hospital patients and all the villagers. 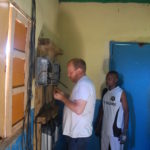 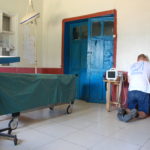 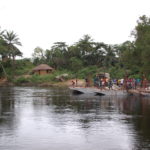 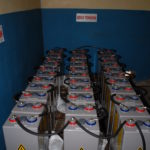 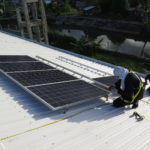 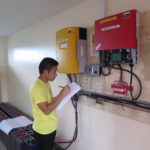 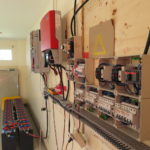 The non-profit association Abantu Zambia has been active in Zambia for more than 20 years and has already built numerous dispensaries, schools, libraries, wells, millsand other agricultural facilities for local populations. Energy Assistance has already implemented one project together with the association. Energy Assistance took charge of installing solar panels and batteries. The volunteers on the ground, Marc Van Gelder (ORES) and Steve Begasse (Cofely Services) also had to provide assistance with the assembly of a water tank. A visit to Muntemba had also been planned to replace the batteries installed several years earlier in another, similar health centre. The aim of the project was to equip a dispensary and a maternity unit with lighting and electric sockets.

A solarpowered submersible pump kit was also assembled and installed. Buying a large proportion of the equipment locally lowered the project’s procurement costs and saved on transportation. A new dispensary, which had received planning permission from the local authorities, was set up in Muchinga in a region without any healthcare infrastructure. The next dispensary is 25 km away, whereas in rural parts of this impoverished country most people still travel around on foot. The Zambian state is in charge of administering and staffing the dispensary. The first two nurses have already been recruited. 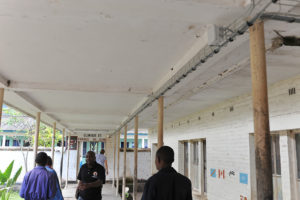 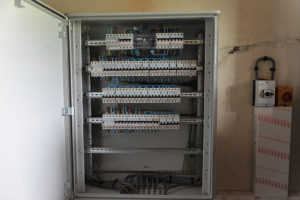 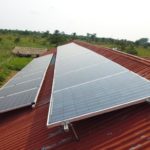 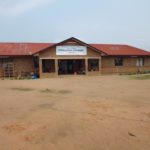 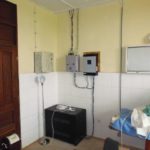 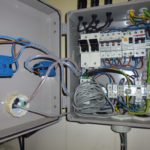 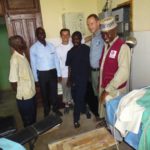 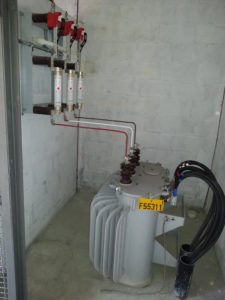 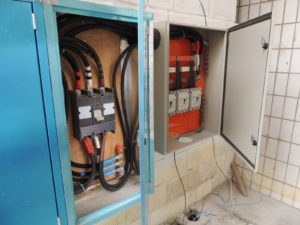 Last March, three Energy Assistance volunteers took the road to the Bas-Congo in DRC in order to carry out several missions that were not always easy. The volunteeers provided their expertise in electrical grid construction and management to the locals.

The volunteer’s first stop was in Lukula where they worked hand in hand with the teams of SNEL (National Democratic Republic of Congo’s power utility). They took part in the extension of the local overhead network and to the construction of a 30 kV transformer substation, allowing the connection of a health center to the grid.
They then headed to Kivuvu where they repaired a cabinet supplying a hospital specialized in the fight against leprosy and tuberculosis : “We have replaced the transformer and the general low voltage board, and have upgraded the landings and surge protectors to protect the facilities” explains Dominique. “Before our intervention, this cabinet underwent frequent failures and the hospital often had to wait several weeks for repairs”f.

Last leg of their journey : Tumba.The volunteers provided transport and supply of two transformers to allow the powering of a school and of the village residents. This will enable the construction of a 15 kV overhead line in the near future. 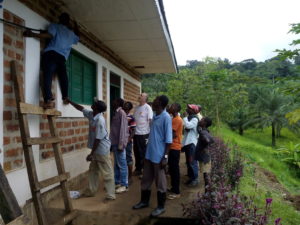 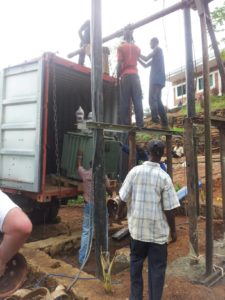